Giving Costs Less than You Think 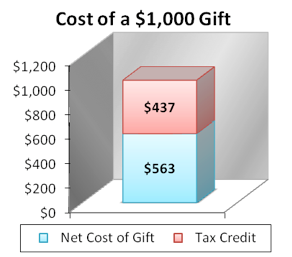 The federal and provincial governments provide generous tax incentives to encourage individuals to support charities, including the church, but most donors underestimate the true value of these savings. This is partly because federal and provincial tax credits are calculated separately and not shown as one total amount on an individual’s tax return. This is why we think it would be helpful to explain the mechanics of the charitable donation tax credit.

In BC the charitable donation tax credits are calculated as follows: